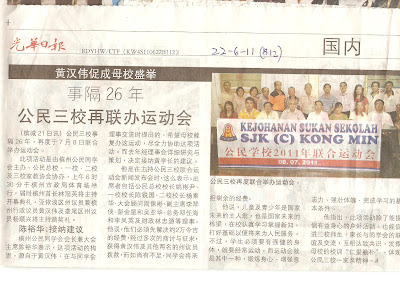 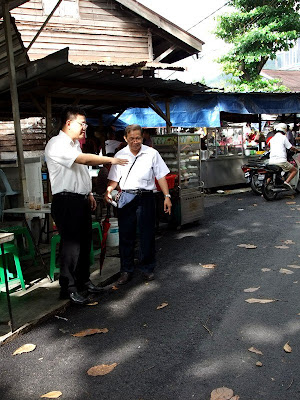 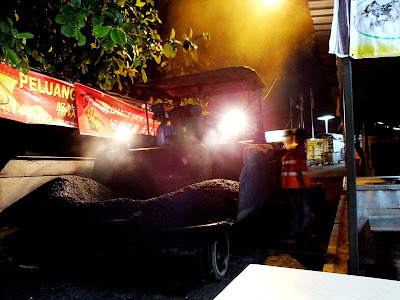 Resurfacing the road at Kampung Pisang. 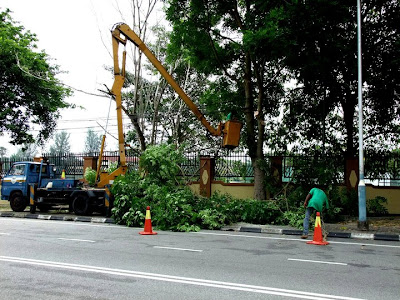 Pruning trees along Lorong Batu Lanchang.
Posted by Wong Hon Wai at 9:34 AM No comments: 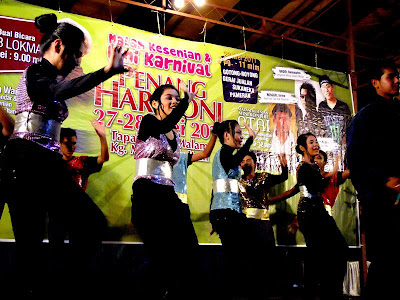 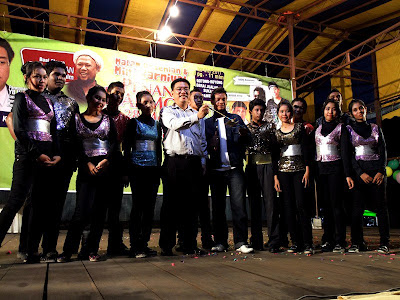 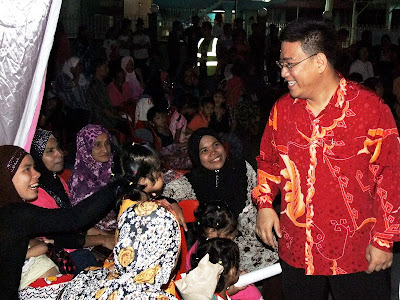 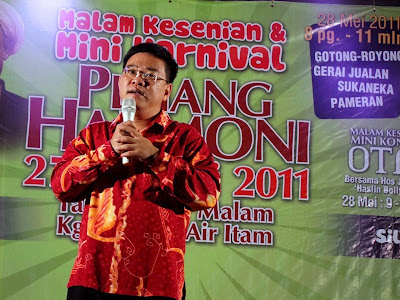 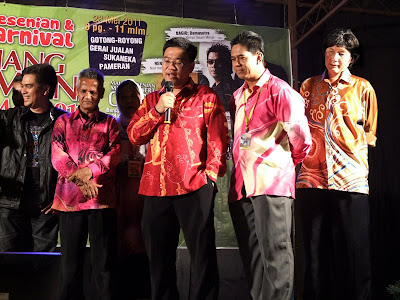 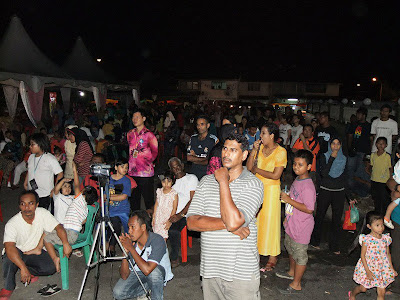 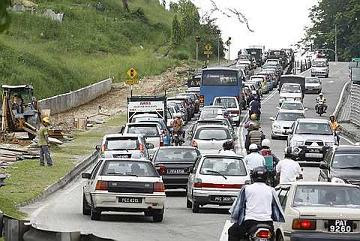 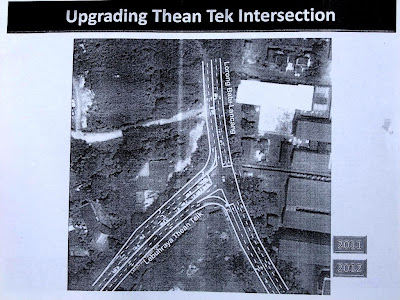 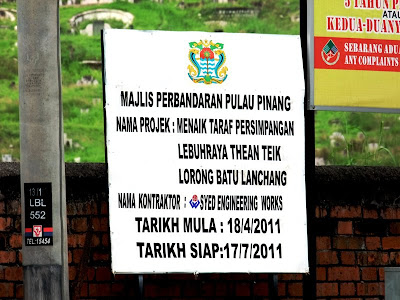 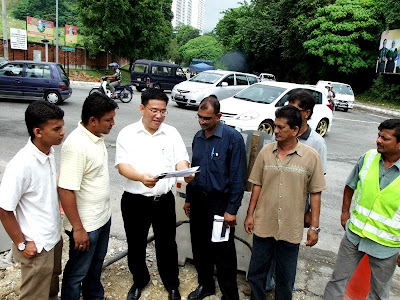 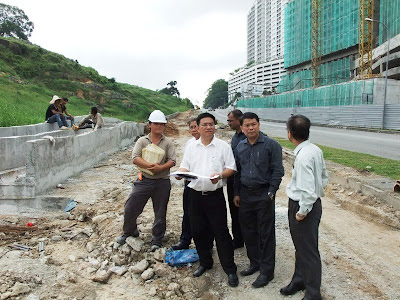 As reported in China Press

TWO major trunk roads will now be upgraded at a cost of RM300,000 by the Penang Municipal Council (MPPP) to make it easier for residents in Air Itam to commute in and out of the locality.

The roads are Lorong Batu Lanchang and Lebuhraya Thean Teik, two major roads which link one of the island’s most densely populated centres to the rest of Penang.

According to the MPPP senior traffic engineer A. Rajendran, a routine five-minute journey from the Batu Gantong crematorium to Air Itam would take up to 45 minutes during rush hours because the two roads are simply too congested.

The main problem for Air Itam is that the roads leading to the township are narrow and bogged down by an increasing load of vehicles, he said.
Daily bottleneck: Vehicles during peak hour at Lebuhraya Thean Teik

It is made worse by the presence of several acclaimed schools on the same roads.

Both Lorong Batu Lanchang and Lebuhraya Thean Teik are two-lane roads with 2.9m in width for each lane, 0.35m less than its standard size.

Lorong Batu Lanchang will be widened and a triangle island will be built at the T-junction in front of SM Teknik Batu Lanchang while walkways will also be built to ensure the safety of pedestrians who are mostly students.

Rajendran said the upgrading was based on a MPPP study of the roads two years ago.

State Town and Country Planning, Housing and Arts Committee chairman Wong Hon Wai, who has been caught in the congestion many a time when he commuted to work, said the state government would try to ease the bottleneck there, assuring that the solution was aimed at helping the residents.

The upgrading and widening of the roads will cost RM300,000 and estimated to finish by August, Rejendran said.

Belleview Group general manager Lim Beng Hoe, who was also present, said his company, now developing the Old Season housing project at the Lebuhraya Thean Teik, would also widen the road.
Posted by Wong Hon Wai at 9:06 AM No comments: 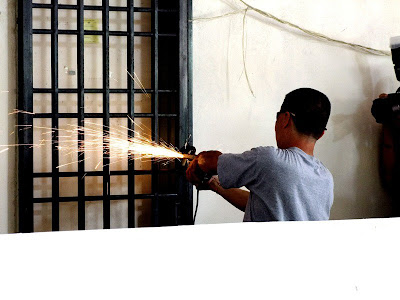 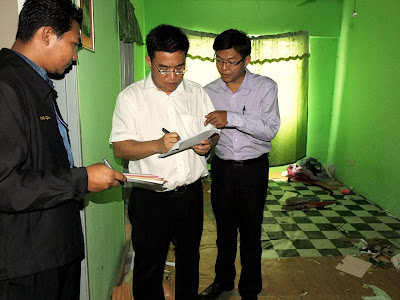 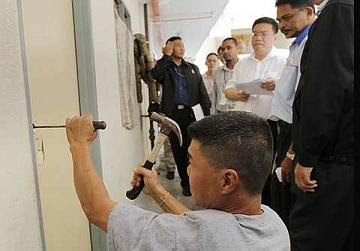 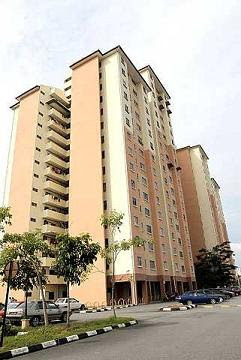 THE Penang Government has repossessed 154 flat units in eight public housing projects since last year after their tenants breached the tenancy’s terms and conditions.

They included six units at the Taman Manggis project on Lorong Selamat which were repossessed yesterday because their tenants owed rental arrears of between RM1,240 and RM3,968.
Breaking in: A contract worker breaking the lock of a unit at the Taman Manggis flats in George Town.

He said the state housing department was monitoring the pro- jects vigilantly to check if tenants breached the tenancy agreement.

“Efforts are ongoing but we haven’t been highlighting them in the media. Now we want the tenants to know that we are se- rious and will repossess the units if they leave them unoccupied, sublet them or use them as storerooms.

“These flats are for the underprivileged earning RM1,500 and below monthly. We want to make sure that only those eligible get to rent them,” Wong said.
Tenants check: The Taman Manggis flats at Lorong Selamat, George Town.

He said these public housing projects were also meant to house squatters affected by the state government’s relocation programme.

He said officers from the state housing department and welfare department were in the process of interviewing tenants for the repossessed lots.

“We have to evaluate the condition of the repossessed units and do the necessary repairs before renting them out again,” Wong told reporters during the operation to repossess the units at Taman Manggis.

The monthly rental for the Taman Manggis flats is RM124.